When a town is named after an alcoholic drink, it’s either a wild party town, or a place wrapped in lazy stupor. I am a teetotaller. I liked Pisco. Do the math.

But that’s okay since most visitors here are not on a pilgrimage to the land that originated a drink used in the famous cocktail, Pisco Sour. (For the alcoholically inclined, that’s Pisco, lemon juice, egg white and sugar syrup, whipped and served with a dash of Angostura Bitters.) 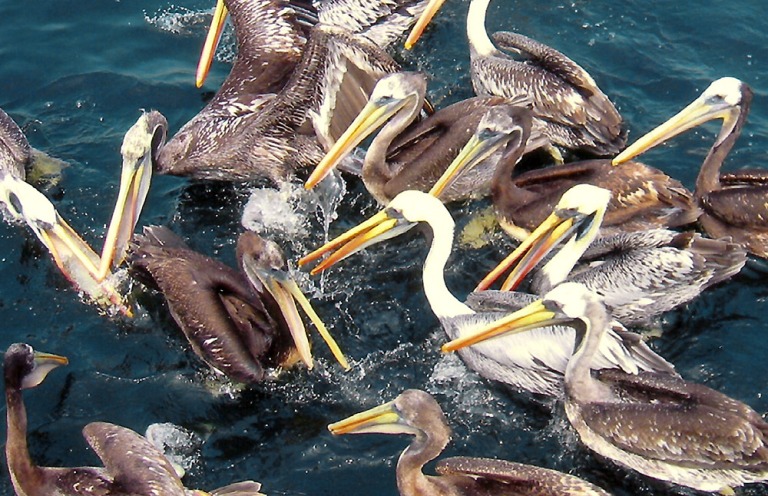 Pisco is about 4 hours by road from Lima and the ideal take-off point for a visit to the Islas Ballestas, Peru’s version of the Galapagos. It is home to seals, sea lions, little penguins, pelicans, albatrosses, cormorants, sea gulls and boats full of tourists that do amazing impersonations of open-mouthed goldfish.

There are 2 major businesses in Pisco (besides making Pisco). Restaurants that cater to tourists. And travel agencies that book day trips for the camera-slinging brigade.

Having made the arrangements, I was up early in the morning and off to the Reservera Nacional de Paracas the following day. 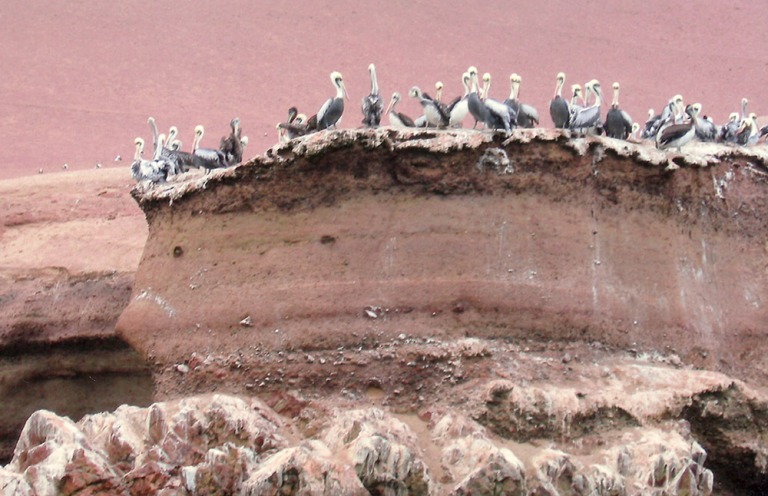 The park spans a vast expanse and is home to a number of natural attractions and an enigmatically man-made mural. En route to the secluded seaside, there’s a lake with lovely red and white flamingos.

Scrambling down a sand bank and treading over some rocks we came to a grotto with a natural arch-shaped entrance. It’s dubbed ”La Catedral” and it’s church-quiet interior lives up to its name.

As we took a boat out to the Islas Ballestas, we saw a giant candelabra sketched on the highest point of a cliff overlooking the bay. Some put it down to a drawing by the ancient Chavin culture and say it is actually that of a cactus, a traditional symbol of power.

You can’t step onto the Islas Ballestas, as that would interfere with the natural life there. But as the boat circles the island you get a good idea of the daily life there and fall in love with its inhabitants. The little penguins skip merrily from one rock to another. The albatrosses cut arcs through the sky like God’s very own airplanes. And the sea lions sit around and make the roaring noises sea lions do. One of them, preened for cameras like a Vogue cover model. Tossing her head this way and that, it offered a variety of poses to the Annie Leibovitz of the animal world.

Actually it’s not entirely true that no humans go onto the rocky island. The only ones who are allowed there are people who go to collect bird droppings (guano) to sell it as fertilizer. Surprisingly, guano was a major source of local revenue in the 19th century as it was exported to Europe.

The next morning it was time for another bus ride of about 4 hours to Nazca, the desert where the ancients spoke to the Gods.