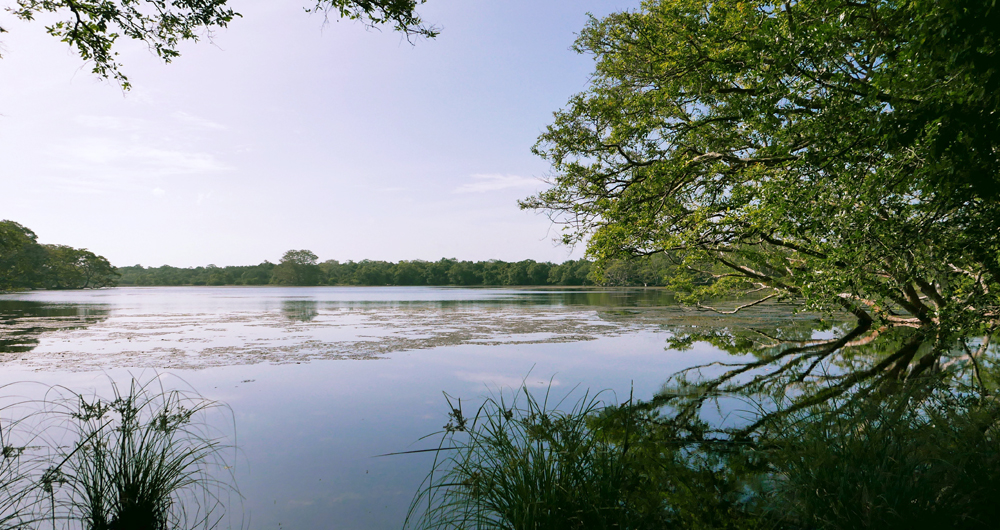 It’s something we hear every other week from our 4-year old. While zoos let kids get in touch with nature, we wanted our children to experience wildlife the way God intended: In the wild. 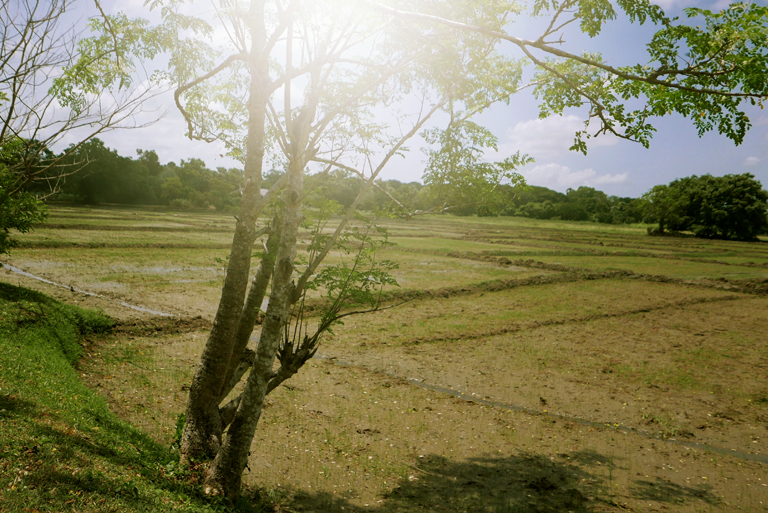 Before our marriage, we had visited the jungles of Sri Lanka and stayed in charming hotels. So for this year’s family holiday, we decided to head back. Sri Lanka promised the perfect blend of adventure we love and creature comforts the kids are used to.

We landed in Colombo in the wee hours of the morning. Soon we were on our way North to Anuradhapura in a van driven by Jerome Joseph: A jolly man with a military moustache. I was chatting with Jerome about Sri Lanka’s civil war when we were interrupted by an excited squeal from my little daughter. “Look, it’s a cow.” Her eyes widened to fully take in the incredulous sight in front of her before exclaiming, ”It’s real!”

This set the tone for the rest of the journey. Our drive was punctuated by shrill cries from Lil Miss ‘I-Love-Animals’ every time she spotted cows, goats, ducks, chickens, eagles and kites during our 4-hour drive. We passed numerous sleepy villages, where the pace of life is slower than a tortoise crossing the road. Eventually we arrived at the Ulagalla Resort. 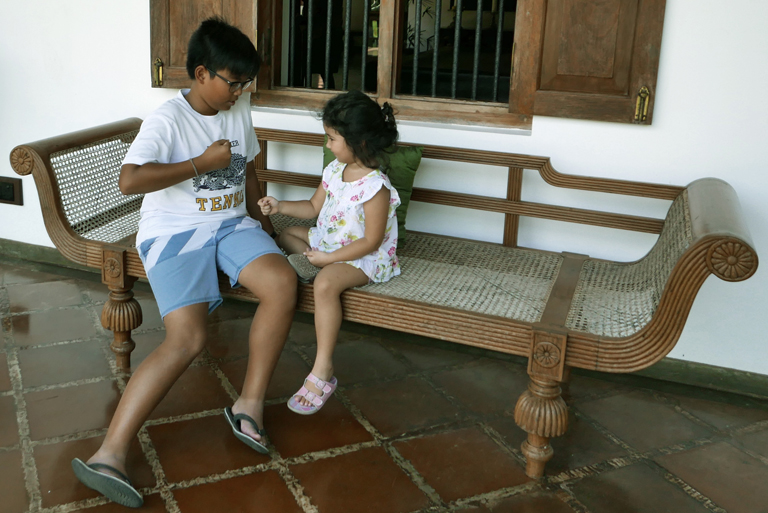 We alighted in front of a 150-year-old mansion. As we entered the portico, we were greeted by the tinkling of bronze bells. The smiling staff member told us this was a continuation of a tradition from the times an erstwhile local chieftain lived here. Every time a villager came to see the headman, a bell was rung to herald the visitor’s arrival.

While Ulagalla may have one leg in the past, the other is firmly anchored in the future. It has a solar farm that generates half of its own energy requirements and the 20 villas spread over 58 acres are ecologically friendly. While our villa was tastefully furnished inside, it was our very own ‘Jungle Jacuzzi’ nestled amidst the foliage that made it memorable. The spectacular setting and birdlike shrieks from the frolicking kids made for truly magical moments. 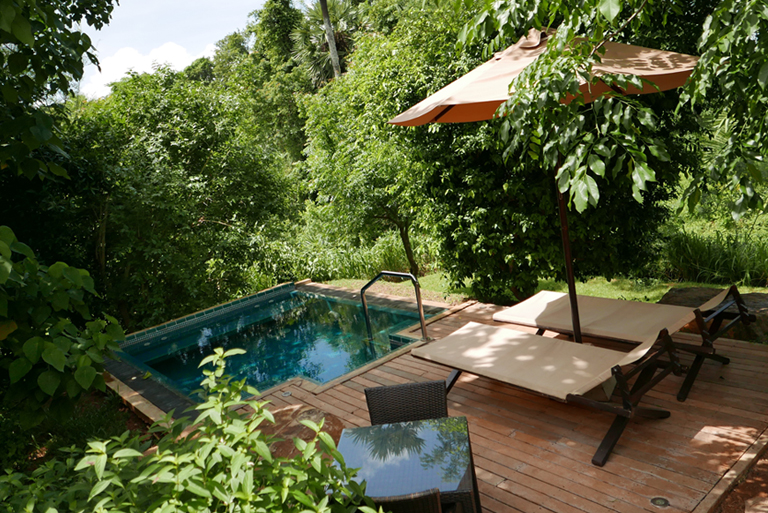 For guests with an appetite for action, the lush 58-acre estate offers other exotic attractions like horse riding, archery, kayaking and fishing. But for famished travellers like us, the old-fashioned wooden dining room in the grand mansion was a more satisfying experience. 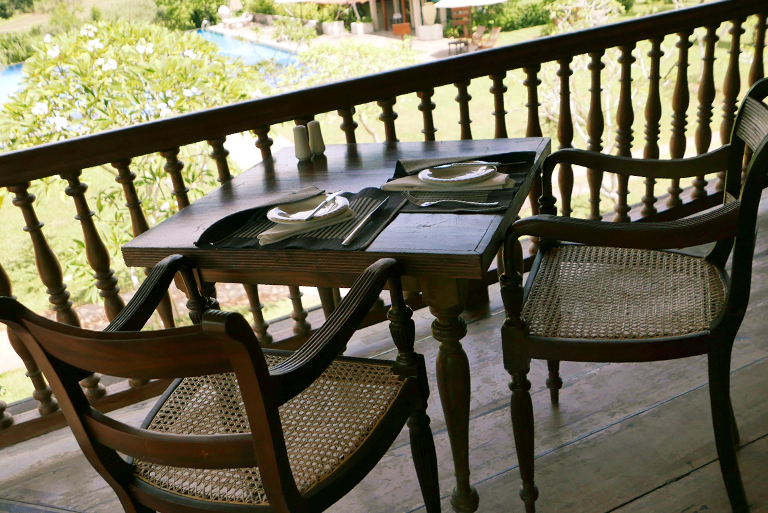 The freshly baked bread and artisanal butters were good enough to be a meal. But the Sri Lankan cuisine stole the show. The Coconut Battered Lake Fish and Coconut Roti (flat bread) with spicy Mutton Curry were so delicious I wished I had 4 stomachs like the cows we’d passed by on the road. 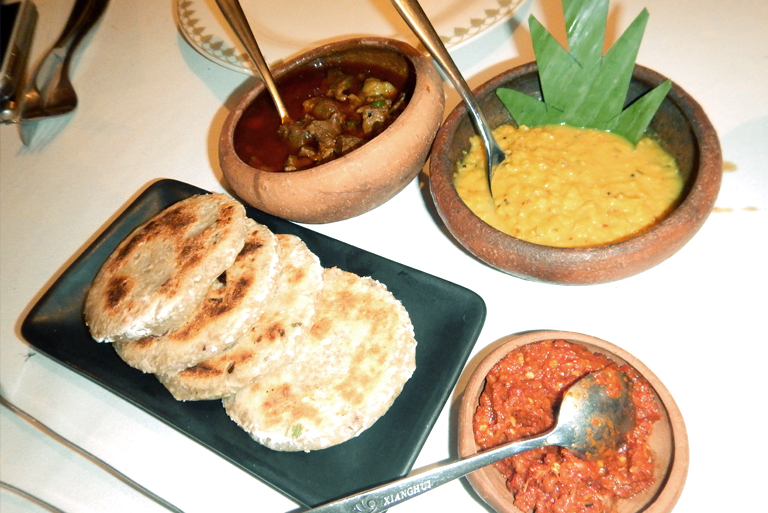 The big meal and long journey blended to knock us out. Before the sun rose again we were up and away to Wilpattu National Park since the best time to spot wildlife is early morning or sunset.

We started driving slowly along the paved dirt roads through the park, our eyes eagerly scouring the vegetation for wildlife.

“On your left is the Jungle Fowl,” announced Jerome shortly. “It’s the national bird of Sri Lanka.” Hardly had our eyes settled on a bird with bright plumage and resembling a rooster, when my daughter clucked excitedly, “I love Chicken Rice.” 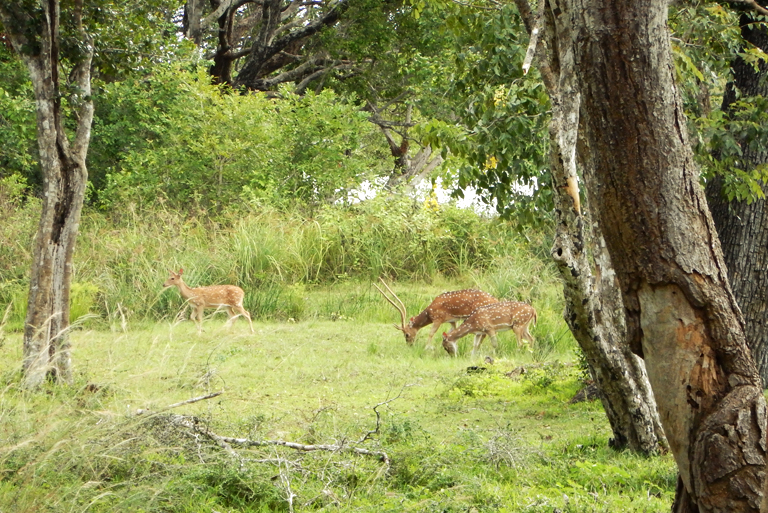 Unfazed by this bewildering outburst of misdirected familiarity, Jerome continued to inspect the landscape with the steely gaze of an army Colonel. Soon, he was pointing out a family of Spotted Deer as they grazed nearby. We cruised on, our senses slowly tuning in to the tranquil frequency of the jungle. Suddenly, a Sloth Bear dashed across the track and sought refuge in the lush greenery on the other side. A day in the jungle can hold many such unscripted rewarding moments.

We marvelled at Wild Buffaloes gambolling in the lake; cheeky Monkeys looking to grab our lunch; Sambar Deer, with majestic antlers, ambling imperiously; Kingfishers hunting in a lake dotted with white lotuses; predatory prowls by Serpent Eagles; and the elegant cadence of the Lesser Adjutant Stork, the largest bird in the jungle. 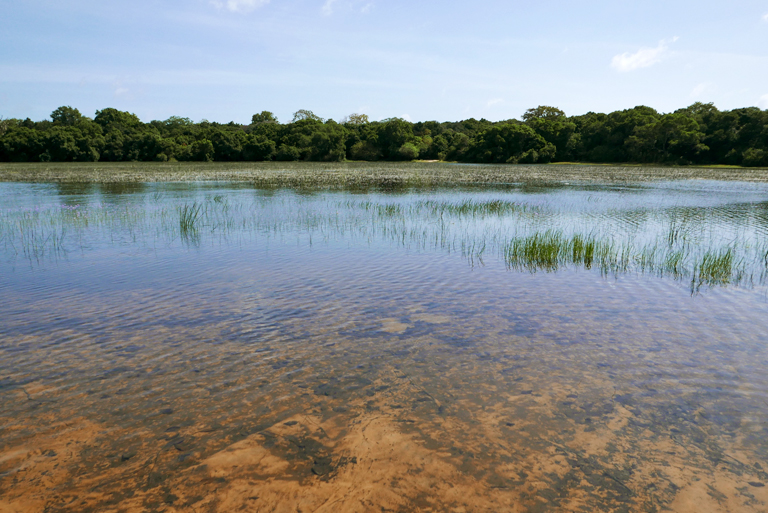 As we drove back to the hotel, we had no inkling that our encounters with nature had not yet come to an end. About half an hour later, Jerome stopped the van by the roadside and hurried out. He quickly scooped up a tortoise plodding across the road and gently placed him on the grass verge near our van. It showed that when you keep things natural, you don’t have to seek nature. It can come to you, sometimes in the most surprising ways. 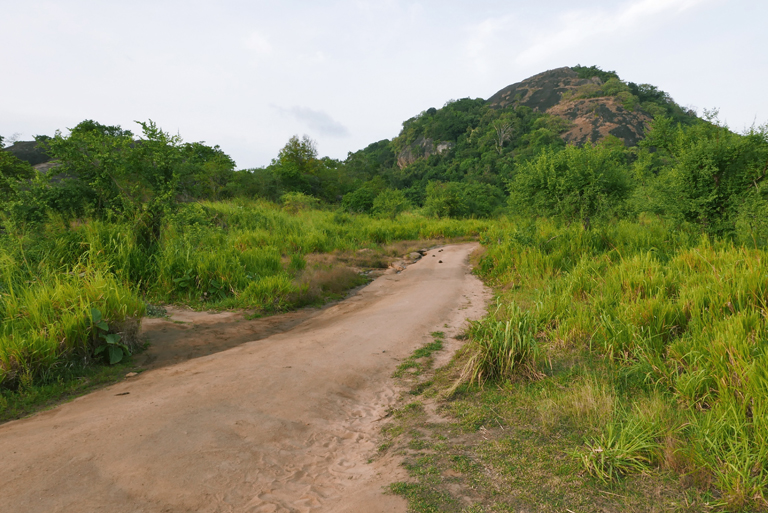 Since we hadn’t seen any jumbos yet and we have 2 big elephant lovers in our family, we visited Eco Park the next day. We managed 2 brief sightings of Elephants and a momentary glimpse of a family of wild boars, before we turned back. The unpaved roads were making the ride so bumpy it was making the kids sick.

We then headed East towards Passikudah. Here, you can find the calmest waters in Sri Lanka. We enjoyed our time relaxing by the sea, building sand castles and collecting seashells. But the real highlight was a snorkelling cruise in the Indian Ocean. 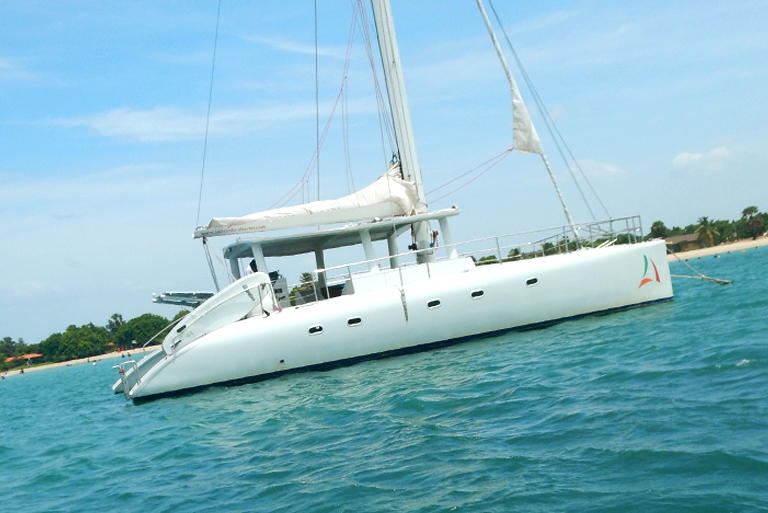 We headed off for Elephant Rock in a speedboat with Captain Anura and his friendly crew. After an hour, we donned our snorkels and jumped into the azure ocean. The water was perfectly calm and ideal for snorkelling. My wife experienced a surreal moment when she was surrounded by a school of fish. While the memory etched most vividly in my mind, is of a brain-shaped coral that seemed to dance and wave to me as I swam past.

After this we were in for a long drive back to Colombo and then a short flight to Singapore. The trip had been tough but I hoped that it had made the kids realize that nature at its best is glorious and unpredictable. The most magical moments come unannounced. But that’s what makes these fleeting moments a lot more rewarding than a longer time spent gawking at an exhibit.

It has been a few months since we returned to Singapore.

My little girl hasn’t yet asked us to go to the zoo. 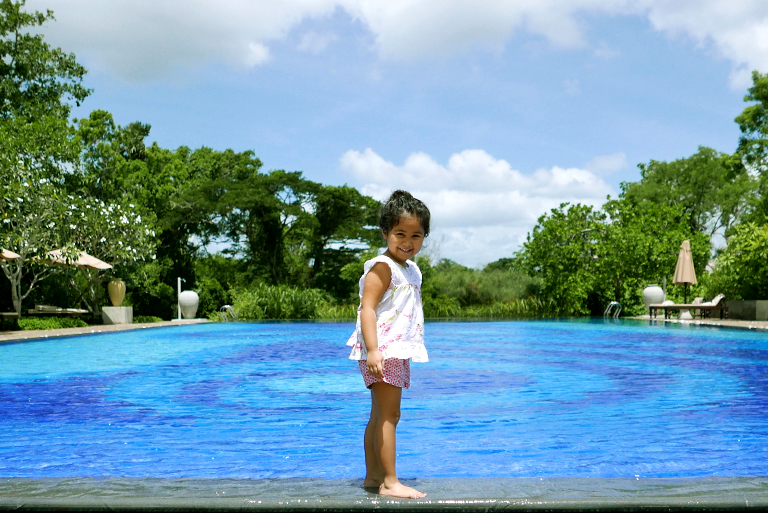