“Bermuda, Bahama, come on pretty mama,” crooned the Beach Boys in Cocktail. So I’d done the idiot math and figured Bermuda had good beaches. Besides that, the only things I knew were that ships mysteriously disappeared here. And adult men wear a tie and the island’s eponymous shorts to work. 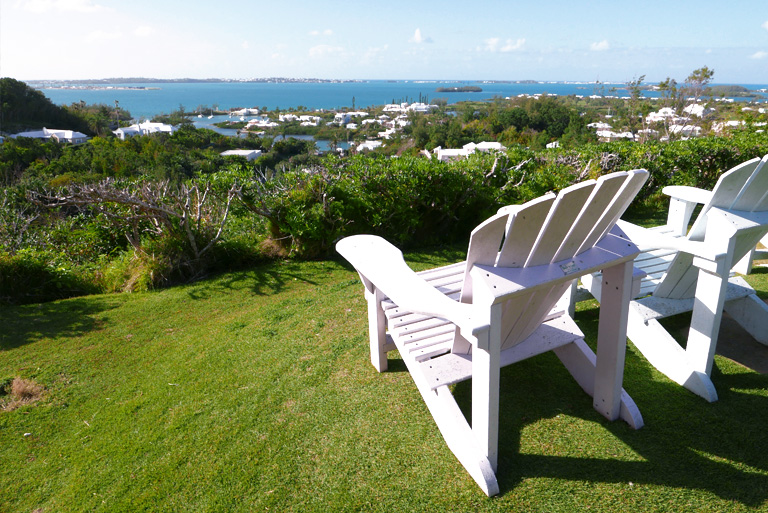 So I set off from the Fairmont Hotel to discover the real Bermuda. Since the best way to get a feel for a new place is to travel like the locals, I hopped into a public transport bus. Inside, the atmosphere felt like a pub on wheels without the alcohol. Locals with lazy strides and lazier drawls chatted about their lives, loves and long distance relatives. They even greeted the visitors cheerily, though we stood out like barracudas at a marlins-only party. 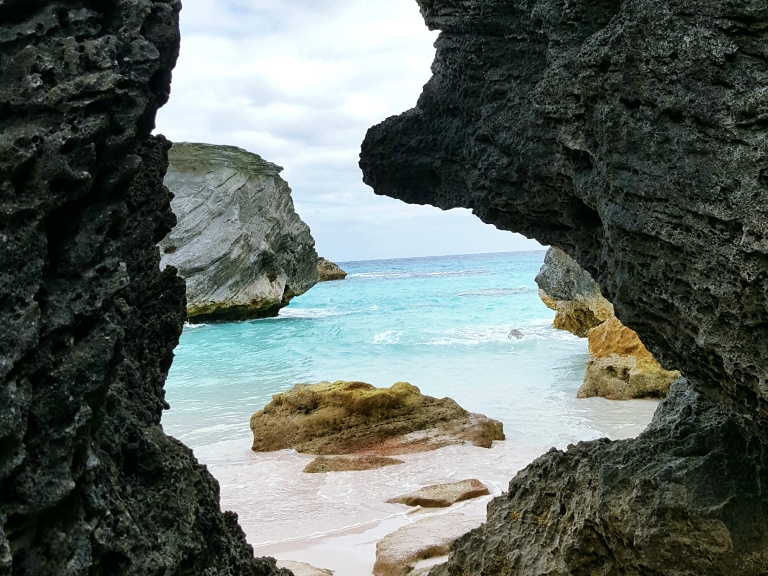 Looking out of the window, I felt I was gazing at a moving picture postcard. Every twist, turn and bend along the scenic North Shore turns you into a movie location scout. 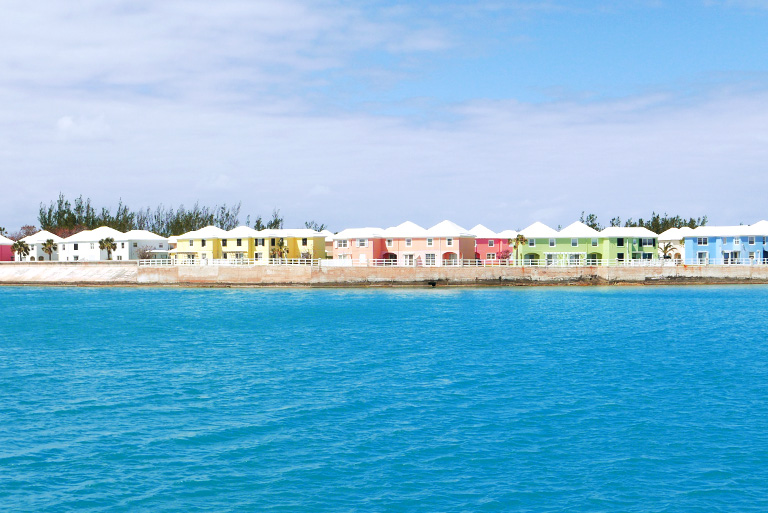 But the scenery isn’t the only exotic thing to catch a traveller’s eyes. The names of roads and places are every bit as colourful. Corkscrew Hill, Avocado Lodge and Tanglewood Road, to name a few. The names surely have interesting stories behind them. For instance, the road outside the mysteriously Unfinished Church is called Church Folly. 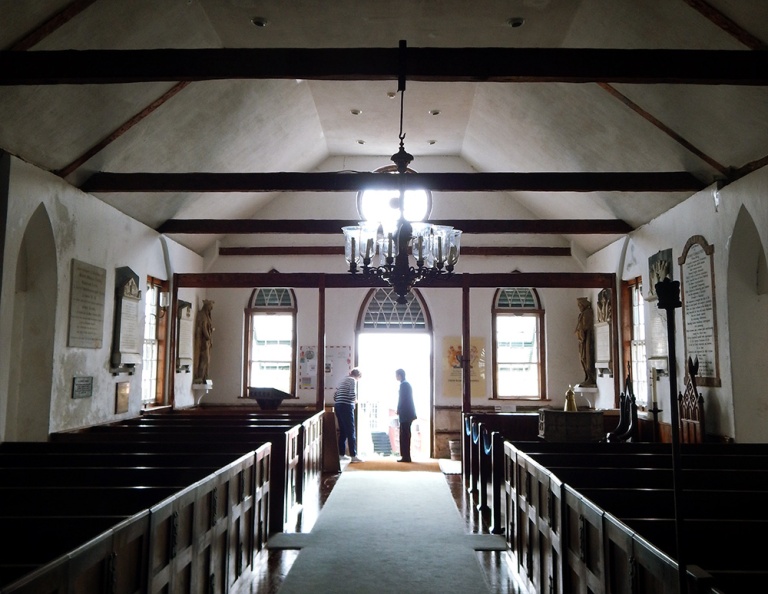 In fact the island itself got its name from the Spanish captain, Juan de Bermùdez, who discovered it in 1503. Interestingly, despite claiming the island in the name of the Spanish crown, Bermùdez never actually landed on it. In the days of yore, it was known as Devil’s Island. Ancient mariners attributed the shrill cries from the island to the howls of souls being tortured in hell. Today, they are widely believed to have come from the grey-and-white Bermuda Petrels that circle gracefully in the sky. 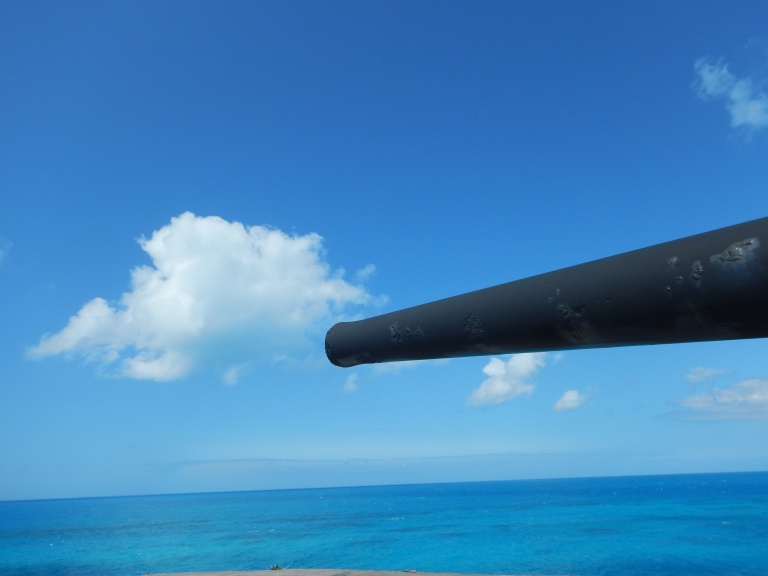 Ever since then, nature and history have continued to sit comfortably next to each other in Bermuda. In 1620, the Turtle Conservation Act, prohibiting the killing of turtles, was passed. In 1775, 100 barrels of stolen gunpowder were sailed in cedar skiffs from the picturesque Tobacco Bay to aid the American independence efforts. And even today, the imposing cannons of Fort St. Catherine sit in between the serenely stunning Achilles Bay and St. Catherine Beach. 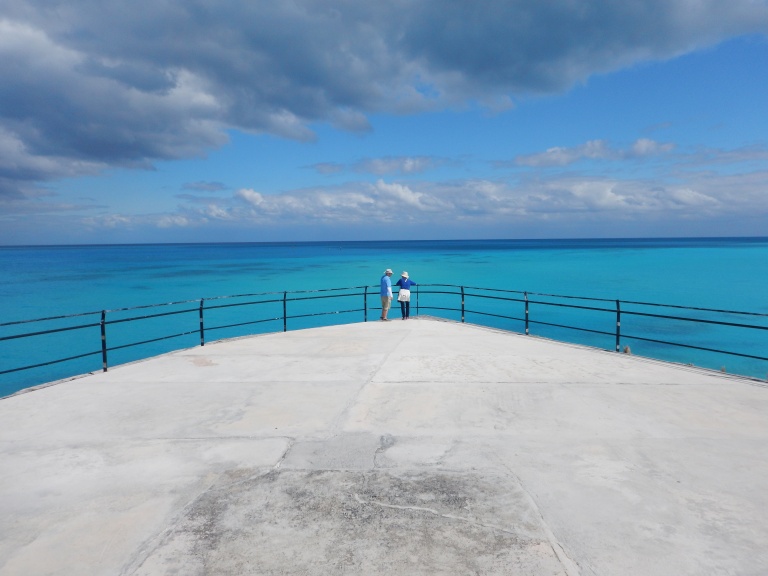 While St. Catherine Beach is a lovely, off-the-beaten track beach, the most famous beach in Bermuda is Horseshoe Bay Beach. It is, without a doubt, the most stunningly beautiful beach my wife and I have ever visited. The jagged rocks rising out of the sea give it a wild edge. While the rare pink sand gives it the romantic soft touch you will cherish for a lifetime. 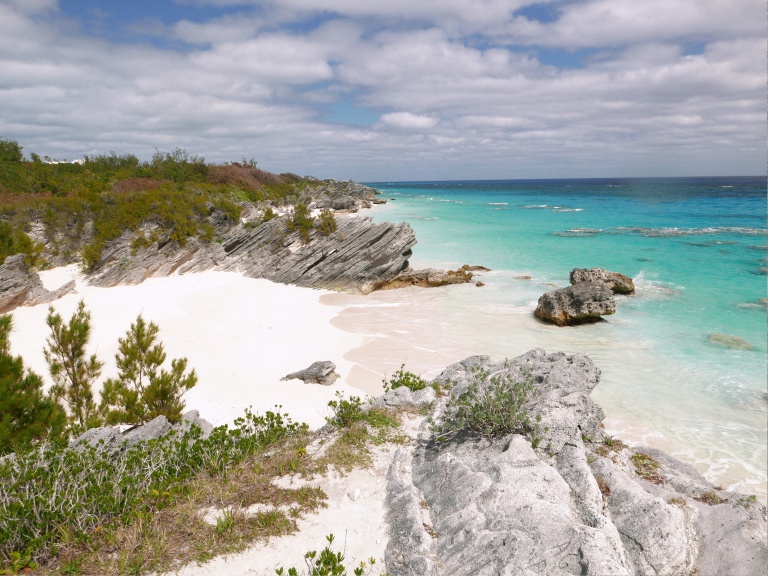 Clamber atop a cliff here and you can spend hours watching the waves crash onto land. The water is so clear you can occasionally even see giant Parrot Fish cruising between the rocks. Of course you could snorkel at Tobacco Bay and see exotic marine life up close. But if you happen to be in Bermuda during November-March, the water is icy cold and you are best advised to see the underwater world of groupers, snappers and wrasses from a glass-bottomed fishing boat. 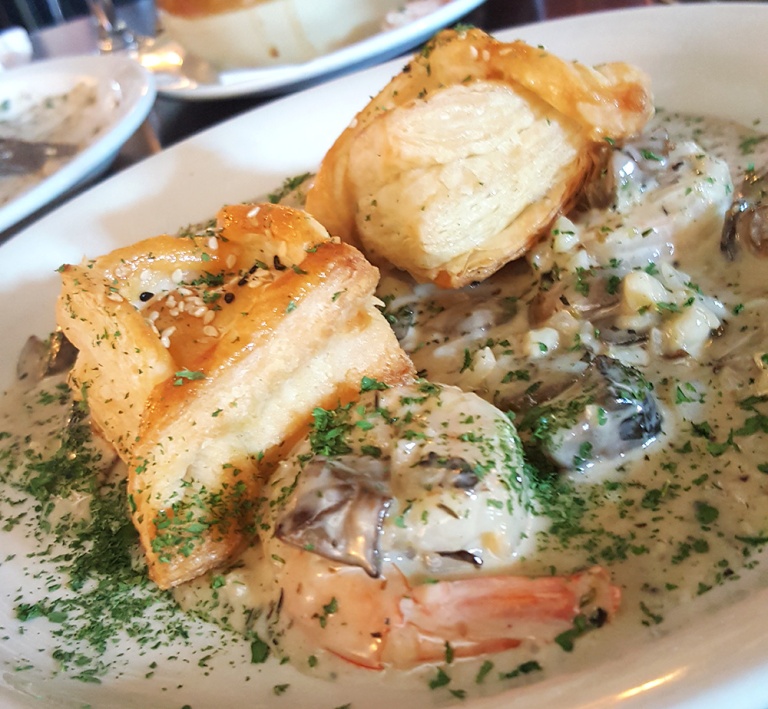 If watching the teeming sea life gets you thinking of seafood, you can head to The Lobster Pot for juicy Coconut Shrimp and a delicious serving of the local Red Hind with Almonds. Spiny Lobster is only found during November-March and the historic Waterlot Inn is a wonderful place to try this seasonal delicacy. (Clearly even the rainy season has its bright spots in sunny Bermuda.) 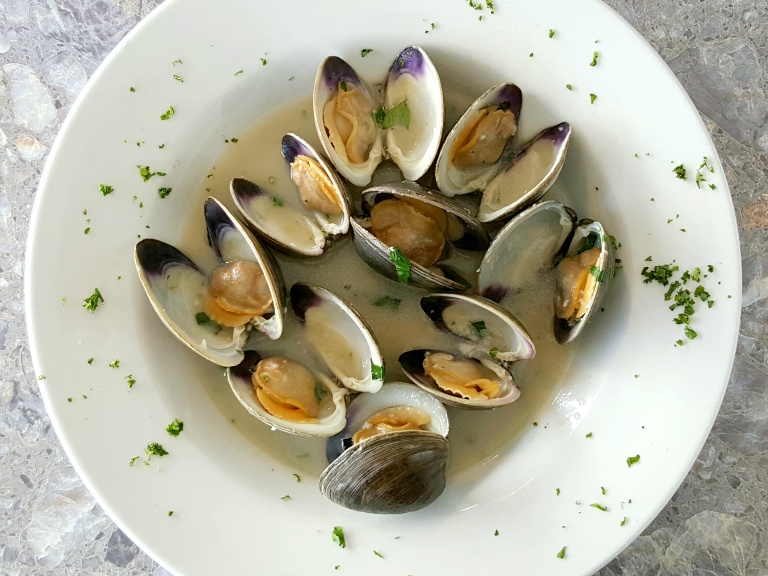 Everywhere you go, you will find a friendly Bermudan who will tell you more about his or her beautiful island. Mike, the genial waiter at the historic Waterlot Inn will tell you the traditional way to flambé Bananas Foster. The muscled guide with a baby face at the Fantasy and Crystal Caves will smile and tell you how these natural wonders were discovered when a young boy chased a wayward cricket ball down a hole. And the portly waiter at the Swizzle Inn (Bermuda’s oldest pub) will tell you the legend of the birth of Bermuda’s iconic cocktail, the Rum Swizzle. 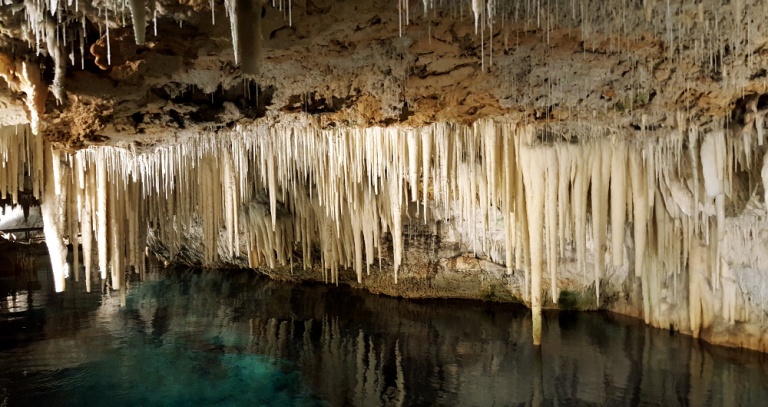 The people here are indeed as warm as the weather. They exude sunshine and slowly, even the most jaded city slicker like me starts to absorb this warmth. Soon I was greeting total strangers on the bus with a smile and an effervescent ‘Hello’. 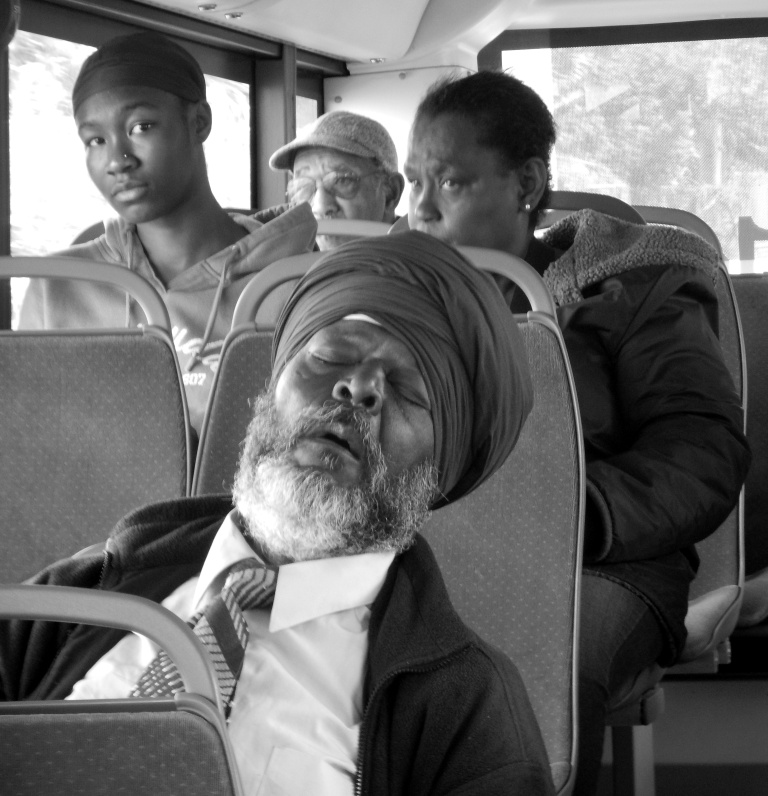 And after a week, as I sat on a plane headed for the bright city lights of New York, a realisation dawned on me. Bermuda had made me see that when you are as warm and friendly to strangers, as you are to people you know, walls come down. Suspicion recedes like the ebbing tide, only to be replaced by a wave of happiness.

And if big cities could learn just this one lesson from a small island, the world would be a happier place.